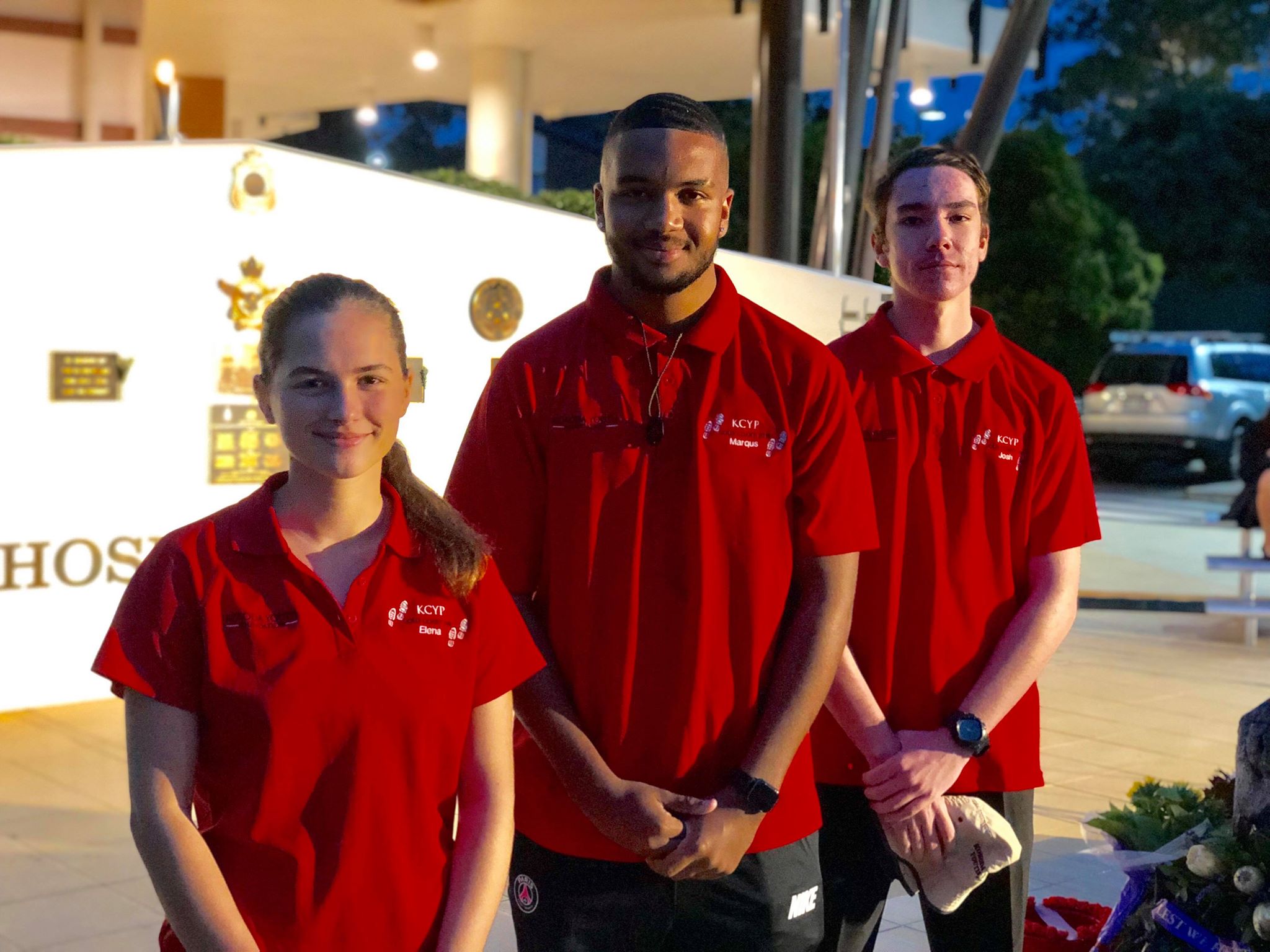 Kokoda Youth Foundation (KYF) representatives were out in force at this morning’s ANZAC Day services, paying respect to those who motivated the organisation’s purpose.

They joined thousands of community members who came together to remember the courageous Australian and New Zealander soldiers who paid the ultimate sacrifice on the shores of Gallipoli. 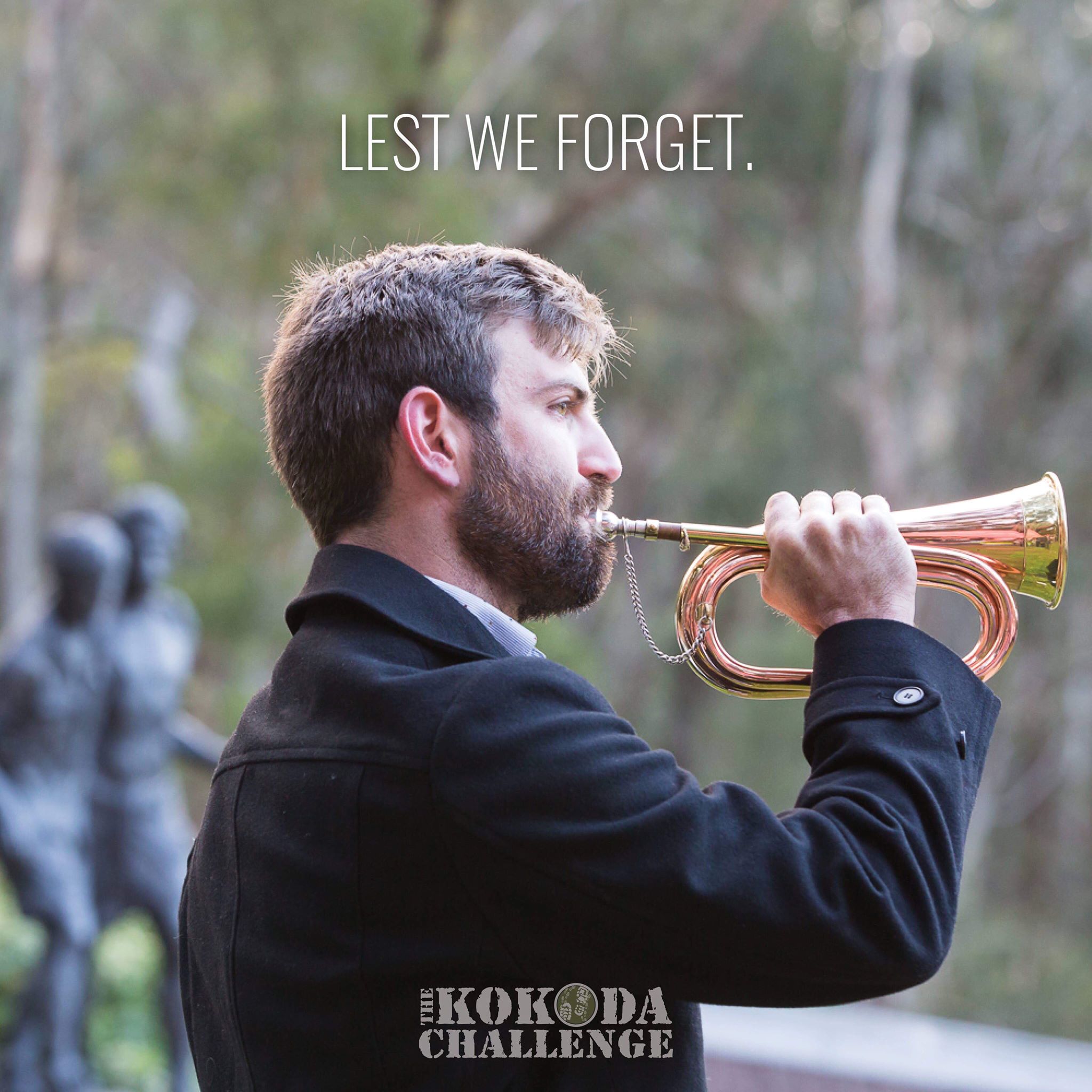 KYF Founder Doug Henderson OAM said today was a significant one on the organisation’s calendar.

“The first world war would continue for four horrendous years and 60,000 Australians would never return home, with thousands more who would suffer for the rest of their lives,” Mr Henderson said.

“The campaign fought along the Kokoda Track in 1942 is particularly symbolic to Australia and the KYF as this was the first and only time that Australia had been to war on Australian soil, as Papua New Guinea was a territory of Australia at that time.” 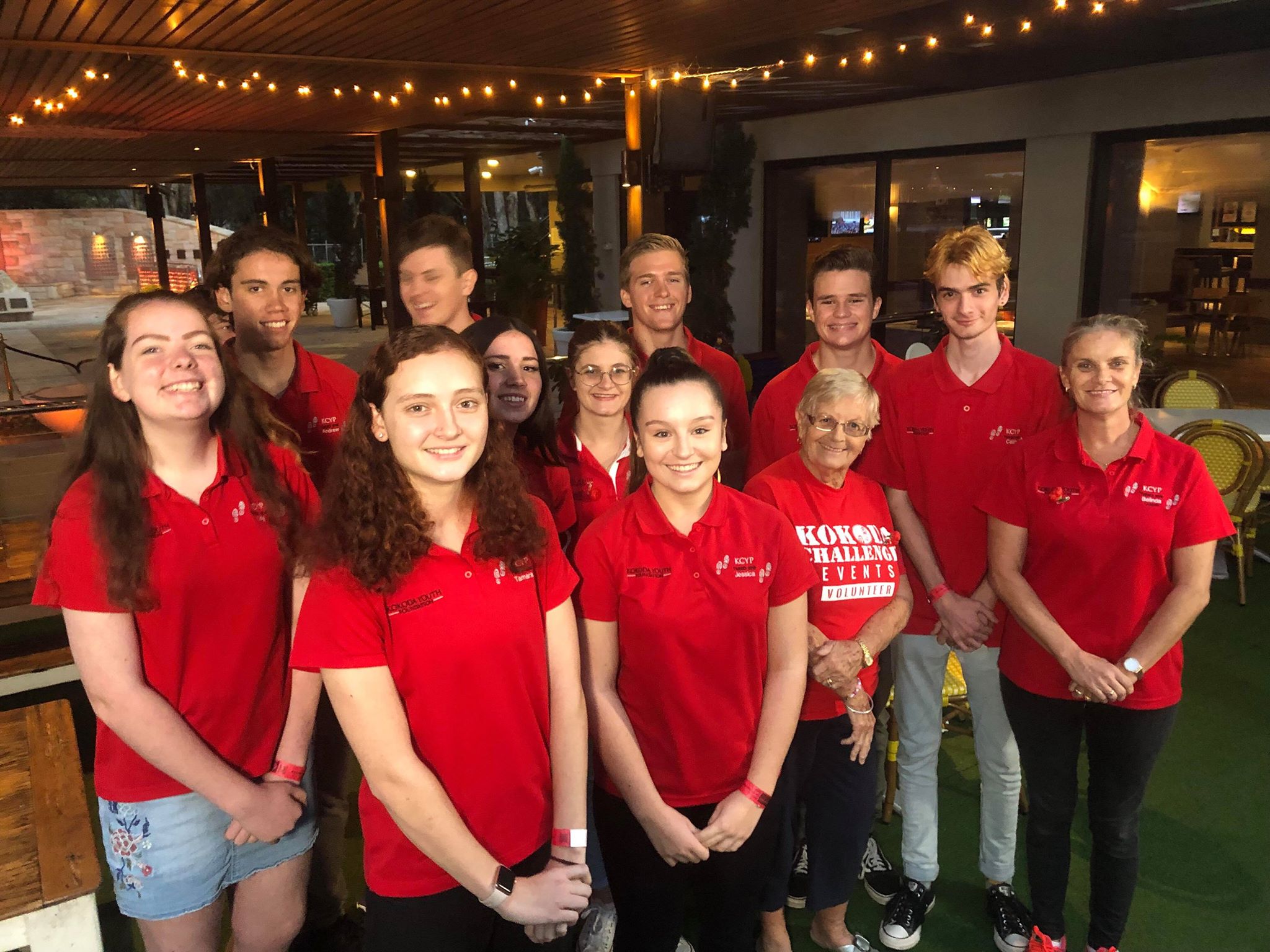 “This was only to be followed by uprisings and another war right on our doorsteps 20 years later,” Mr McGettigan said.

“Let us remember those today who have passed on before us, who have given us the life that we have today, and those who still currently serve and defend our country.”

“Today we meet at dawn to continue the practice established by our first ANZACs to honour the sacrifice they made and demonstrate, in some small way, solidarity for the hardships they faced,” Capt Irwin said.

“The human cost of war has been immense, not just for those who made the ultimate sacrifice but for those who carried the physical and mental scars of war long after it had stopped.

“Through WW2, Korea, Vietnam, Iraq, Afghanistan and other battles the men and women of Australia’s Navy, Army and Airforce continue to serve Australia with pride.” 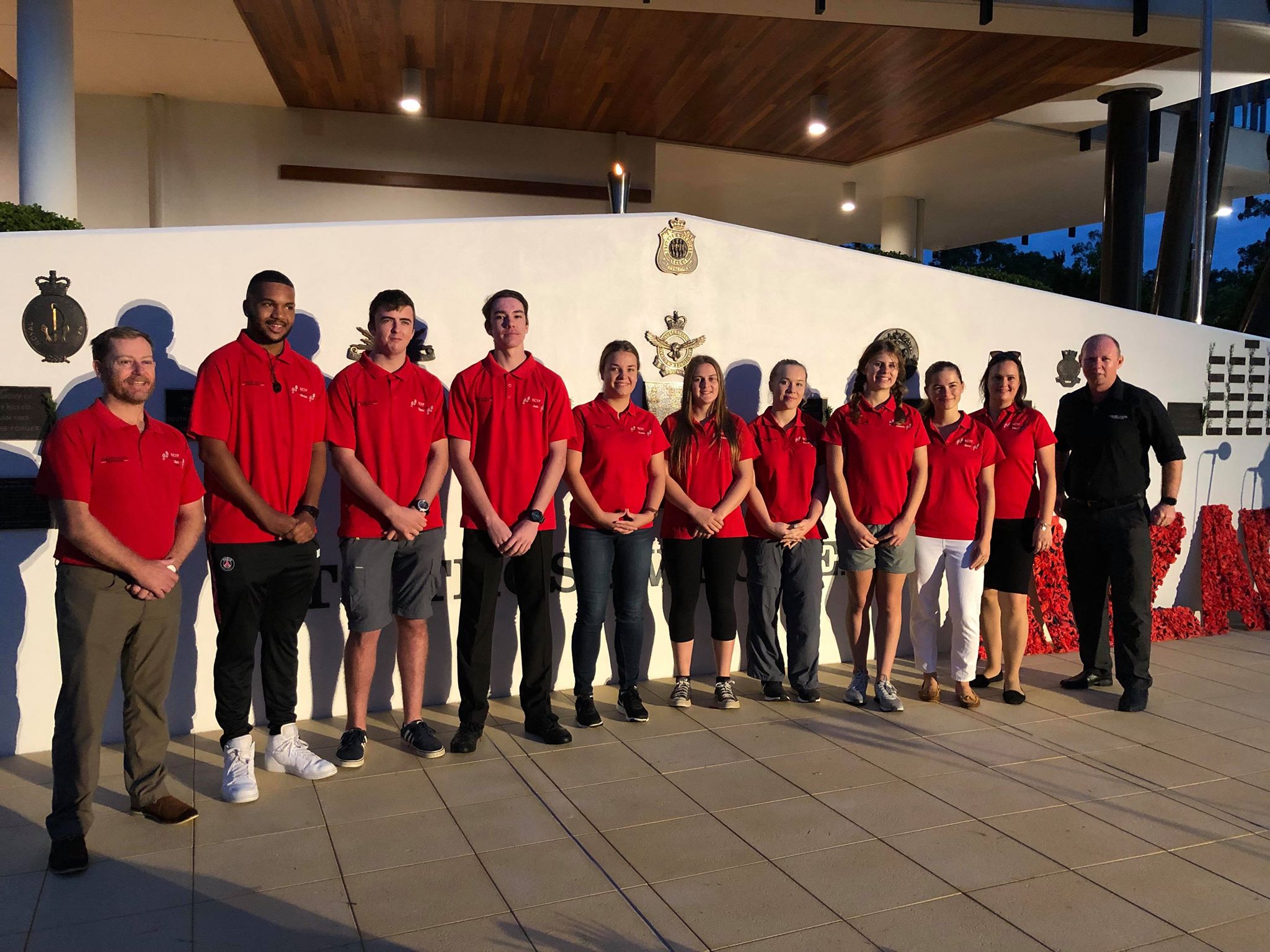 KYF draws on the values of Courage, Endurance, Mateship and Sacrifice to change the lives of today’s youth through the Kokoda Challenge Youth Program (KCYP), educating teenagers on the Kokoda campaign.

Griffith University student and 2018 Kokoda Kid Elena Egorov said following in the footsteps of these soldiers helped her to be more appreciative.

“We sometimes take our basic needs for granted, and on days like this we can appreciate that we have safety, education and the freedom to live our lives because they made such a big sacrifice,” Elena said.

Year 12 Coombabah State High School student Marqus Hinze also participated in the KCYP and said reflecting on the actions of the soldiers was a reminder to appreciate what he has today.

“Waking up early and coming to the Service gives us a chance to remember what the (soldiers) did for us; we wouldn’t be here today without them,” Marqus said.

“The KCYP has definitely helped me to be more grateful.” 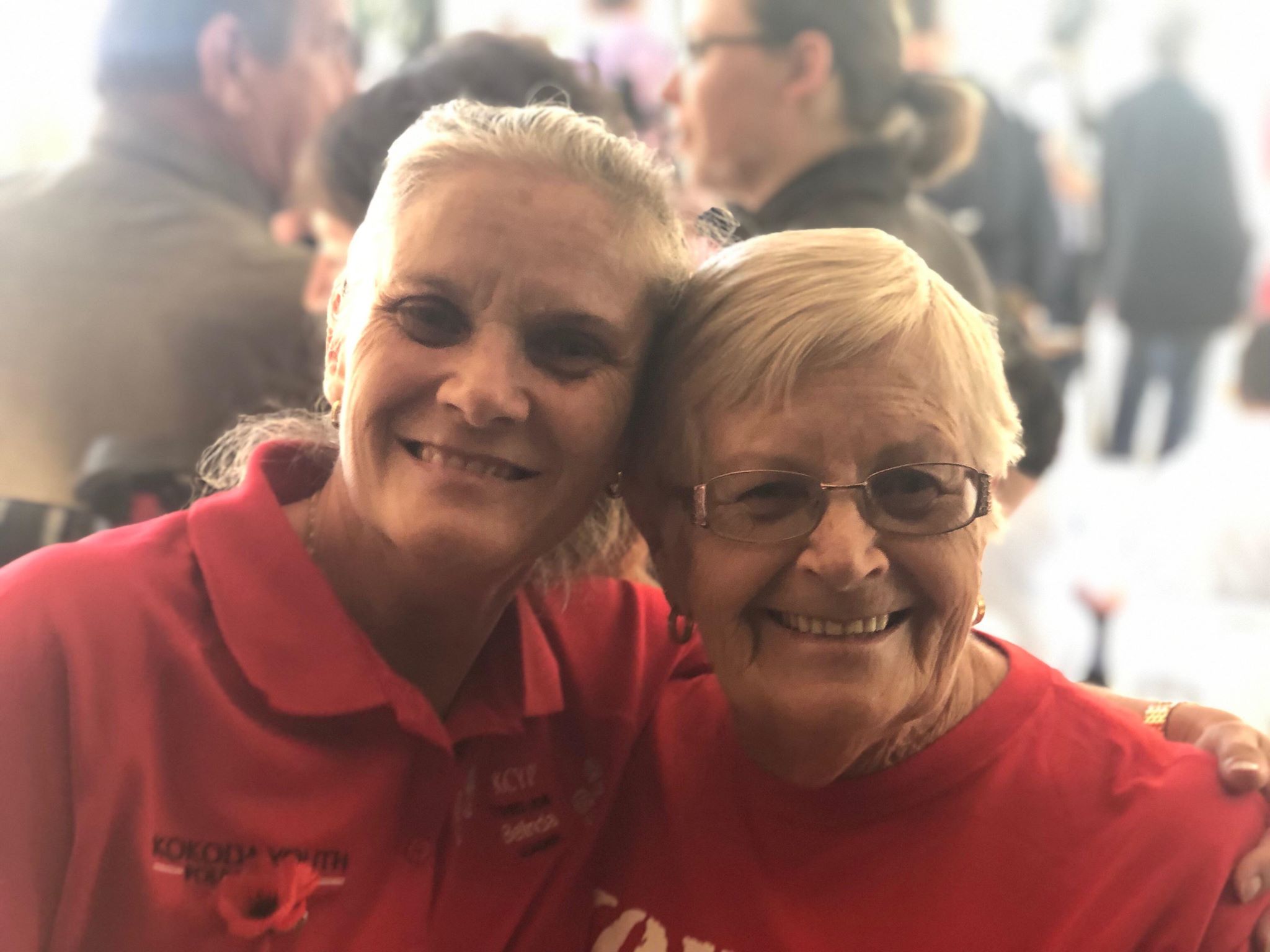 The Gold Coast and Brisbane Kokoda Challenge events are coming up in June and July.