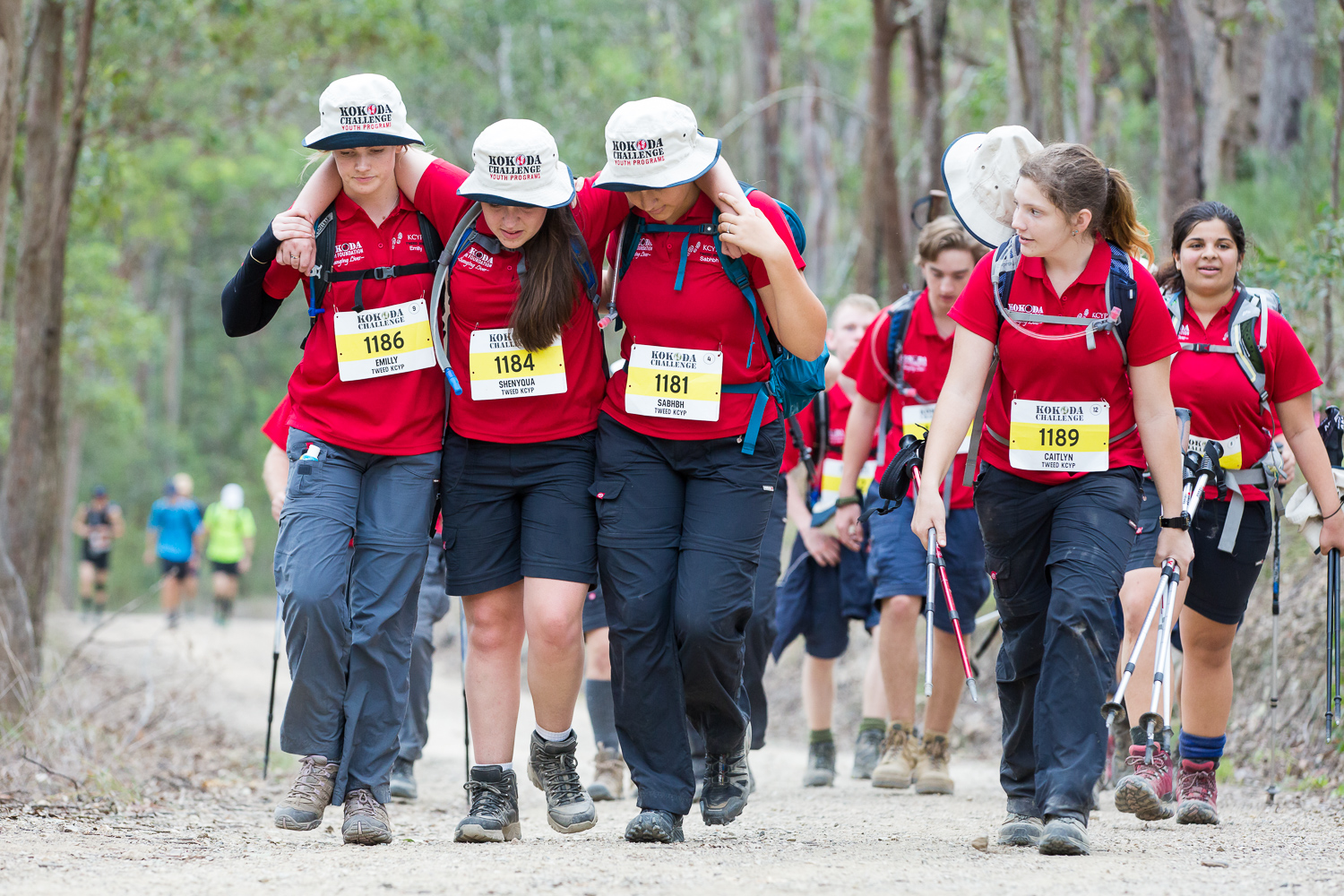 The Brisbane Kokoda Challenge did not disappoint. A sold out event in its 9th year, with a record 372 school teams and a total of more than 2100 competitors.

A very fresh 4 degrees greeted everyone as they started to trickle into Event Village at 5am, eager to get a head start on their day.

Former Kokoda Kid, Monique, was the MC for the day, livening the Event Village with a quick stretching combination prior to the formalities presented by the Kokoda Youth Foundation Founder, Doug Henderson OAM, paying respects to our soldiers who served in Kokoda, and those serving past and present.

Kicking off with the 48km waves, our runners were fast off the start line eager to place times that would conquer personal bests, or even place them first for the day.

The 30km waves were up next, a generous hour and a half behind the 48km waves, giving the 48km walkers adequate time to make traction on the hills of the D'Aguilar National Park.

Taking the stage alongside Monique was CEO, Matt Helmers and Councillor Kate Richards - both taking part in an interesting Q&A and start line stretches.

Slipping under the radar at the start line, was Doug and his team featuring former Kokoda Kid and Director of the Kokoda Youth Foundation, Shane Stedwell, joined by Treasurer Chris Glennister and his daughter Madison, all determined to walk the 30km together.

The Kokoda Challenge Youth Program Kids, affectionately known as our Kokoda Kids formed a guard of honour, before setting up some pace as the last wave for the 30km distance.

Come 9:30am, our 15km teams were taking off - with some very competitive teams out to claim the title of fastest team for the shorter distanced track.

Our 15km teams were the first back through the finish chute. A full list of our first competitors for each category is as follows:

Doug and his team came through the finish chute at 6:00pm, making the 30kms in just under ten hours.

Our last teams made it through the finish chute by 11.30pm that night, having experienced tough conditions as a team by losing members to injury and needing to walk with our sweep teams.

The Kokoda Youth Foundation would like to thank every single team and competitor that participated in the Brisbane Kokoda Challenge! Your grit, determination, Courage, Endurance, Mateship and Sacrifice was evidently strong, we heard some amazing stories and got to speak with some amazing people.

Thank you for making the event what it was and we hope you made some lifelong memories - hope to see you next year!