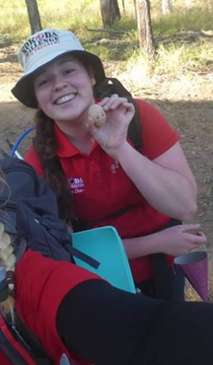 Amy Giles is the first person from her area to be a part of the Kokoda Challenge Youth Program. Living only 15 minutes from the Glasshouse Mountains, Amy has shown a huge amount of commitment to being a Kokoda Kid in 2019 travelling by train over double the distance of her teammates to get to trainings twice a week.

Having participated in the 48km Kokoda Challenge in 2018, Amy received an email about the Kokoda Challenge Youth Program and started looking into what it entailed. Previously telling her mum “if I ever get the chance to walk the real track in Papua New Guinea, I’m going to take it”, Amy decided to apply for the program straight away. Amy’s Great Grandad on her father’s side fought on the Kokoda Track as a sniper and was considered lucky to survive when he was sent home with malaria. Now a family heirloom, her Great Grandad’s sniper has been passed down through generations, which her father will one day pass on to her.

Before being in the Kokoda Challenge Youth Program Amy struggled with assignment overload and would often break down due to stress when she had multiple commitments. Admitting to herself that she’d become a “due tomorrow, do tomorrow” last minute kind of person, Amy realised if she wanted to take part in the KCYP and succeed in her final year of high school, she would need to refine her time management skills. Amy begun scheduling and prioritising her time, calculating how long her train journey and walks from the station would be, and factored time for delays to ensure she arrived at every training on time. By improving her time efficiency, Amy found she began doing her assignments earlier, started studying for her exams, and subsequently her grades also improved.

During training, the Kokoda Challenge and while on the track in Papua New Guinea, Amy repeatedly struggled with a re-occurring ankle injury. However, in the face of adversity it was her feeling of belonging to a team and learning about our soldiers Kokoda spirit that helped her build determination and grit to be able to push through the pain. After completing the Kokoda Challenge and Kokoda Track this year, Amy said that she returned from Papua New Guinea a changed person. Even though her surroundings remaining the same, Amy said her outlook on life is different in a good way as she now approaches life’s obstacles from a different angle.

In situations where Amy previously felt stressed, worried or anxious, she said that the KCYP has helped her cope with juggling multiple commitments and has found better ways to tackle the pressure. Recently Amy had her Year 12 formal where her dress no longer fitted after she came back from PNG, her hair and make up stylist cancelled, and she no longer had a partner for the big day. Amy however, found a new dress a week before, a stylist the day before, and rocked the red carpet solo and still had a great time. 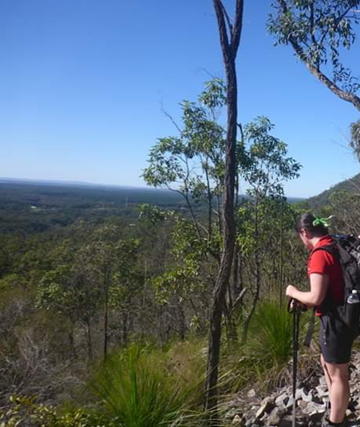 “Papua New Guinea made me realise that those little things in life aren’t that big of an issue and are small in comparison to the things I’ve now seen and experienced”.

Throughout the program Amy has shown that if you’re invested enough in something then you can find the time to commit to it, no matter how far or time consuming it may be. The amount Amy has grown as a person over the past 7 months is an inspiration to anyone considering participating in a Kokoda Challenge event or applying to become a Kokoda Kid, proving that through teamwork and commitment you can achieve anything you set your mind to.