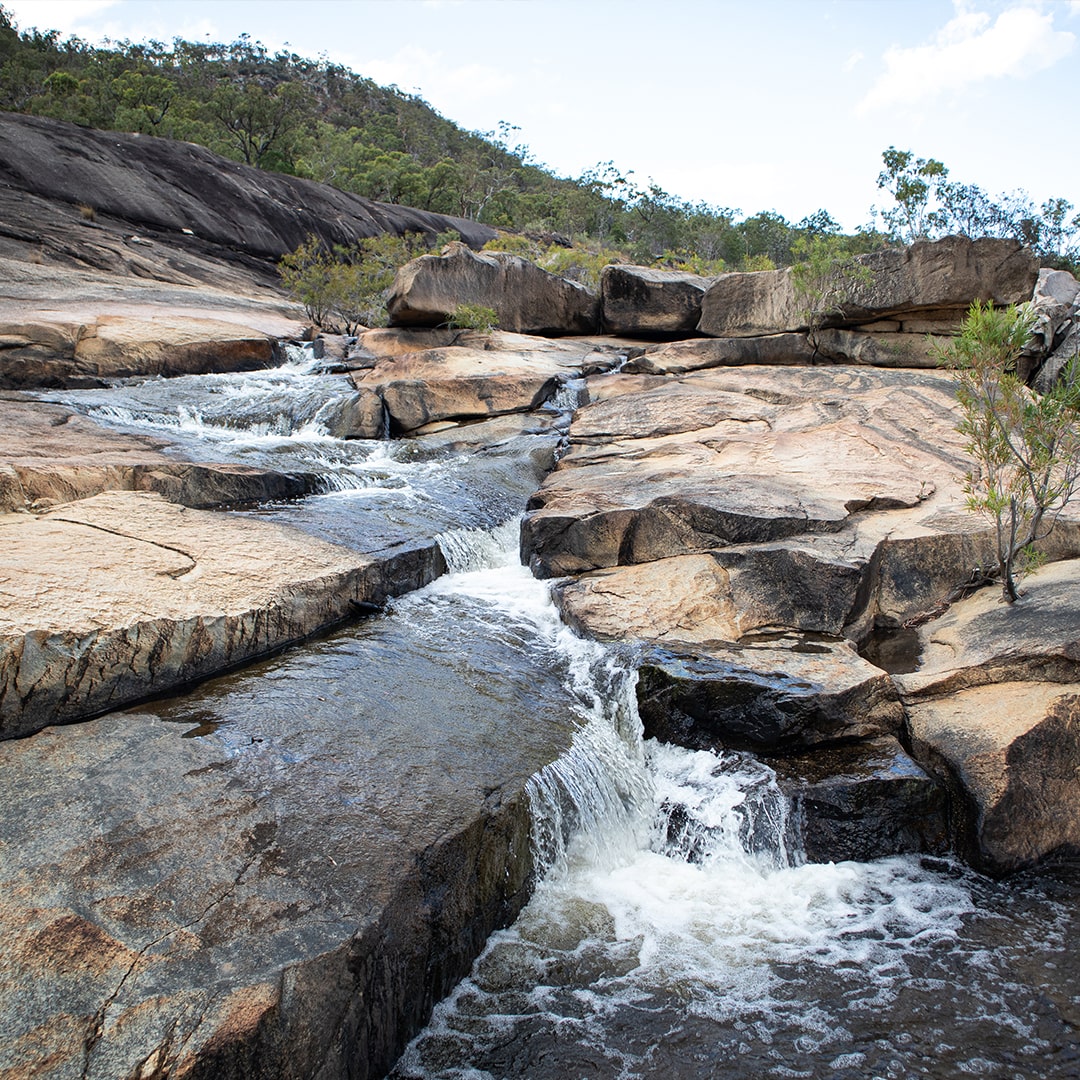 Arriving at Kalinvale Farm in Herberton, 2 hours southwest of Cairns in Atherton Tablelands, the Kokoda Kids from the Kokoda Challenge Youth Program were welcomed by an assembly of long eared larrikins otherwise known as pack donkeys. These animals that we would eventually grow to learn and love were to carry our bush camps from one destination to the next as well as provide endless entertainment.

At first, the kids and leaders of the youth program run by the Kokoda Youth Foundation were a little apprehensive about the donkeys and what they had gotten themselves into. But it wasn’t long before we all became close with their four-legged friends and set off on the adventure of a lifetime. 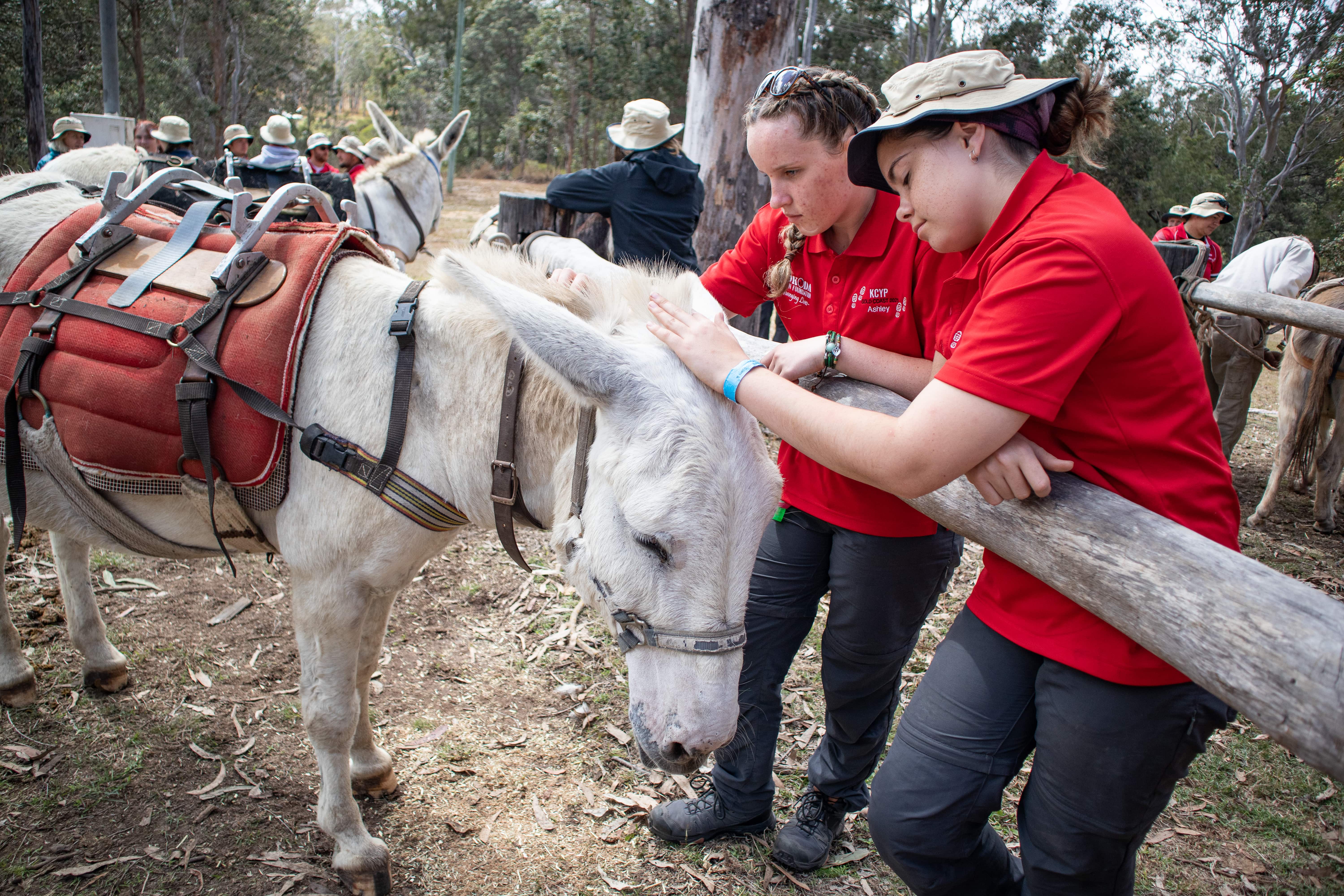 At first, the donkeys took a little getting used to, but eventually we found our feet with them and commenced the adventure from the farm following the Cardwell Track towards Straight Shooters Creek. There were many interesting stops throughout the entirety of this trek, the first being an abandoned area where alluvial tin mining was once prosperous. 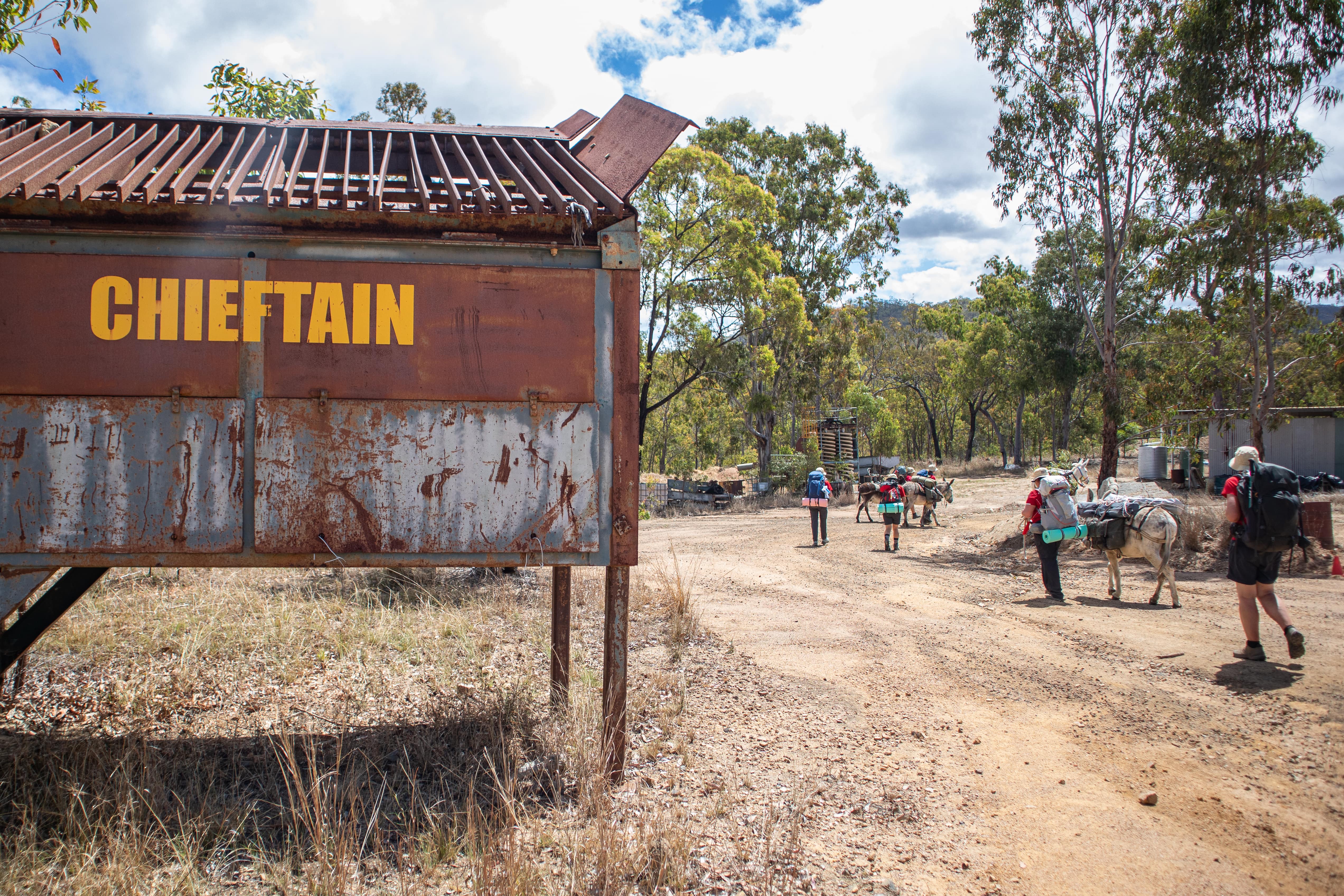 From here, we continued to follow Gorge Creek (which was unfortunately dried out during our trek in September) until we eventually reached a clearing next to a small lake where miners previously would set up camp. We started our campfires and put on some billy tea to enjoy a delicious dinner made under the stars while the donkeys rested for another big day of walking again the next day. 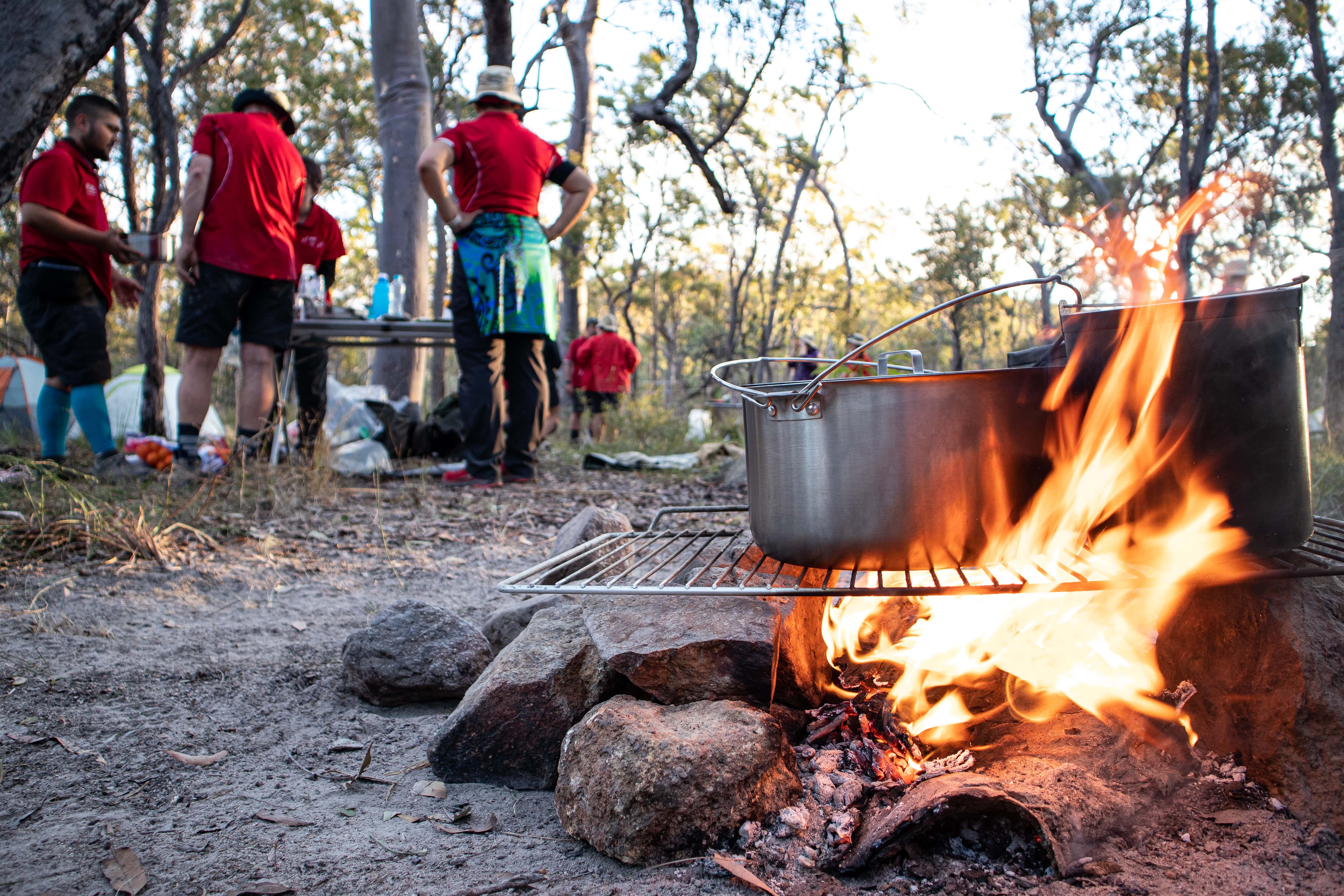 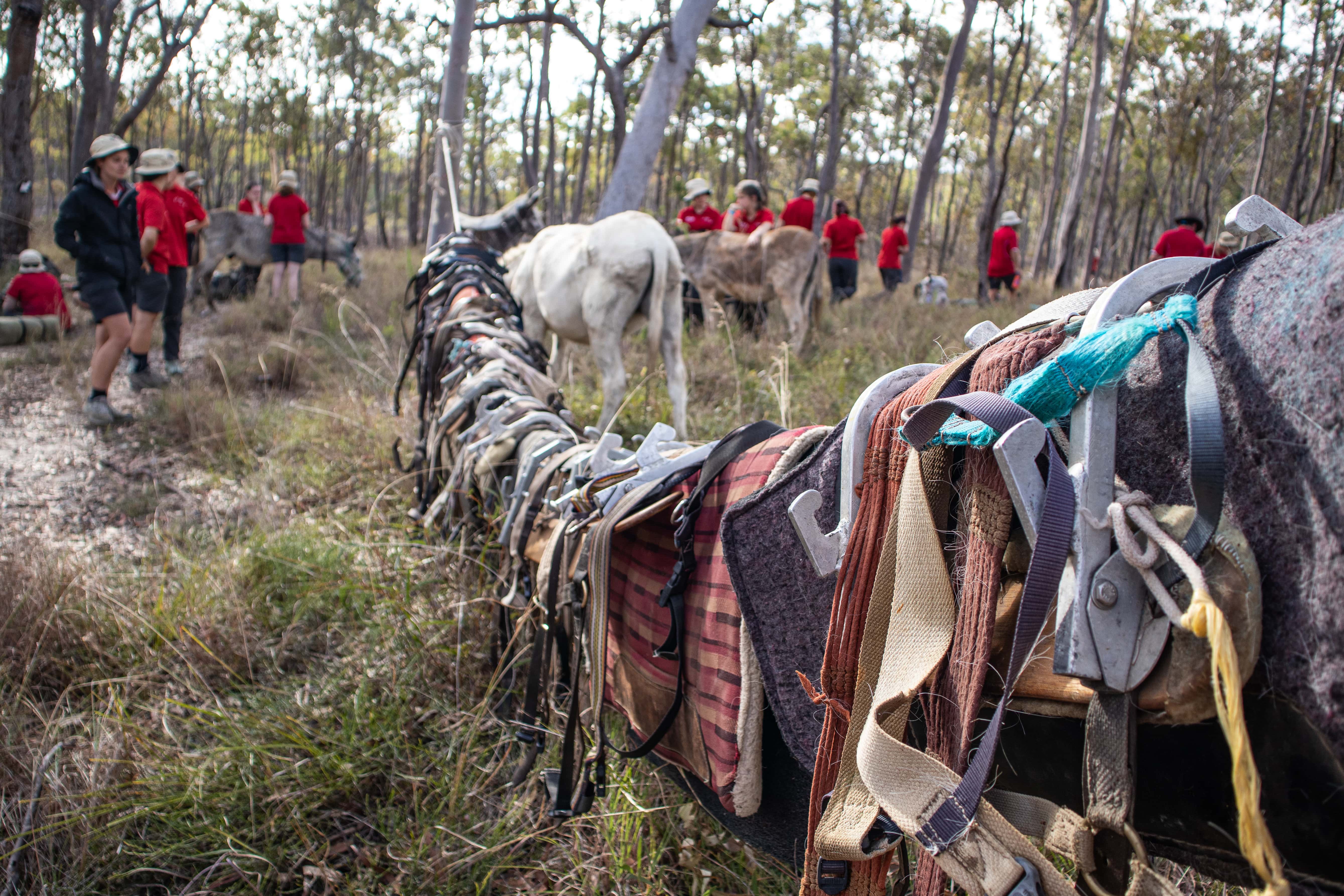 After an early wakeup call accredited to the bizarre calls of the donkeys who were not shy to ask for breakfast, we were up and ready for another day of walking to Watsonville. With a population of just 191 according to the 2016 census, the Kokoda Kids were very humbled to be welcomed into this town where we held a memorial service under the ANZAC mango tree that was planted back in 1917.  Joined by some of the local families, the Kokoda Kids recited The Ode at dawn and engaged in a minute of silence to remember our fallen soldiers. 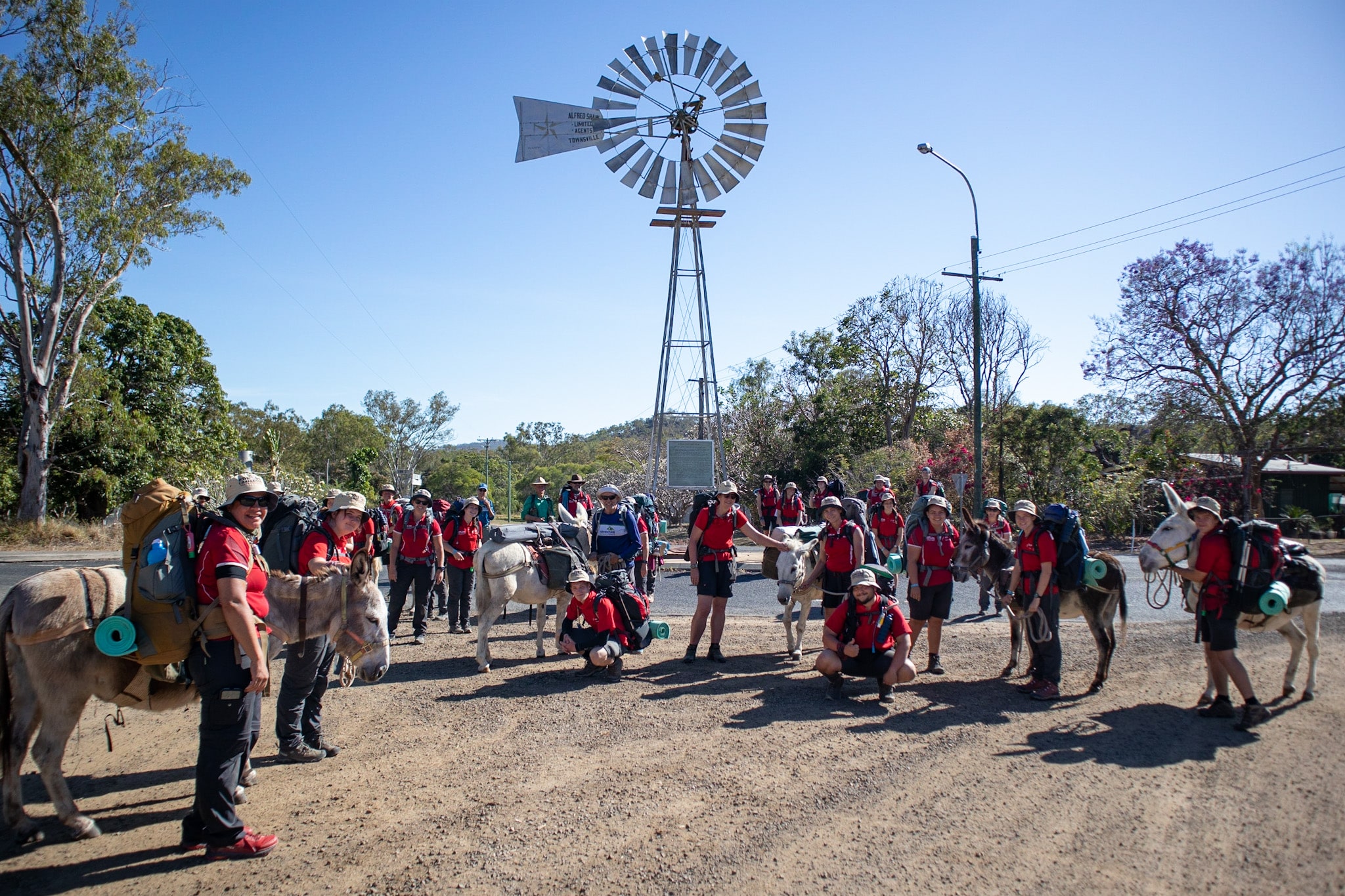 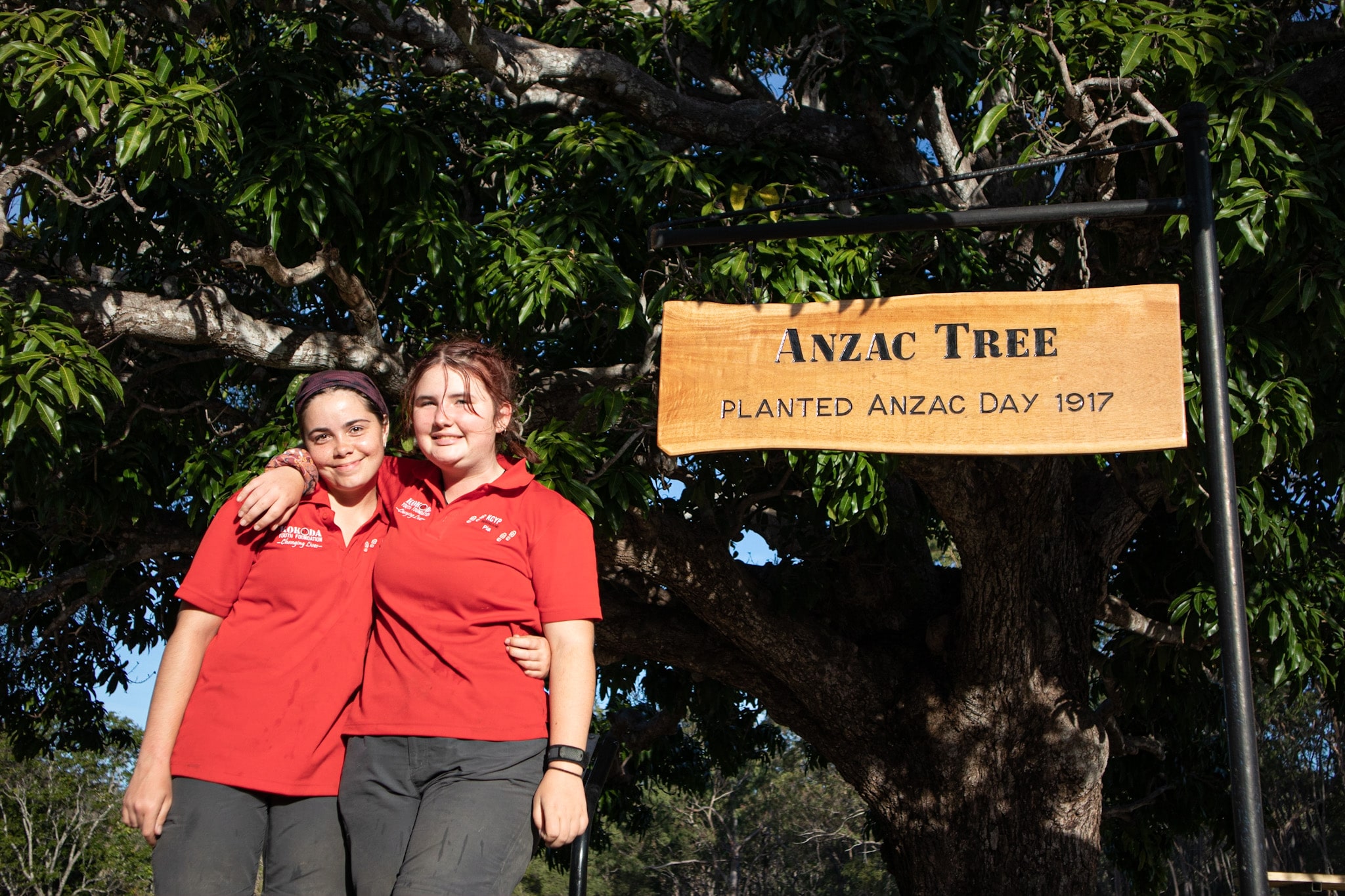 After the ANZAC dawn service and sharing breakfast with the locals, we then head off to Natural Bridge. We stopped first at Pioneer Cemetery where the kids wandered through the grounds and read the names of the well-known locals who predominantly all passed at young ages. 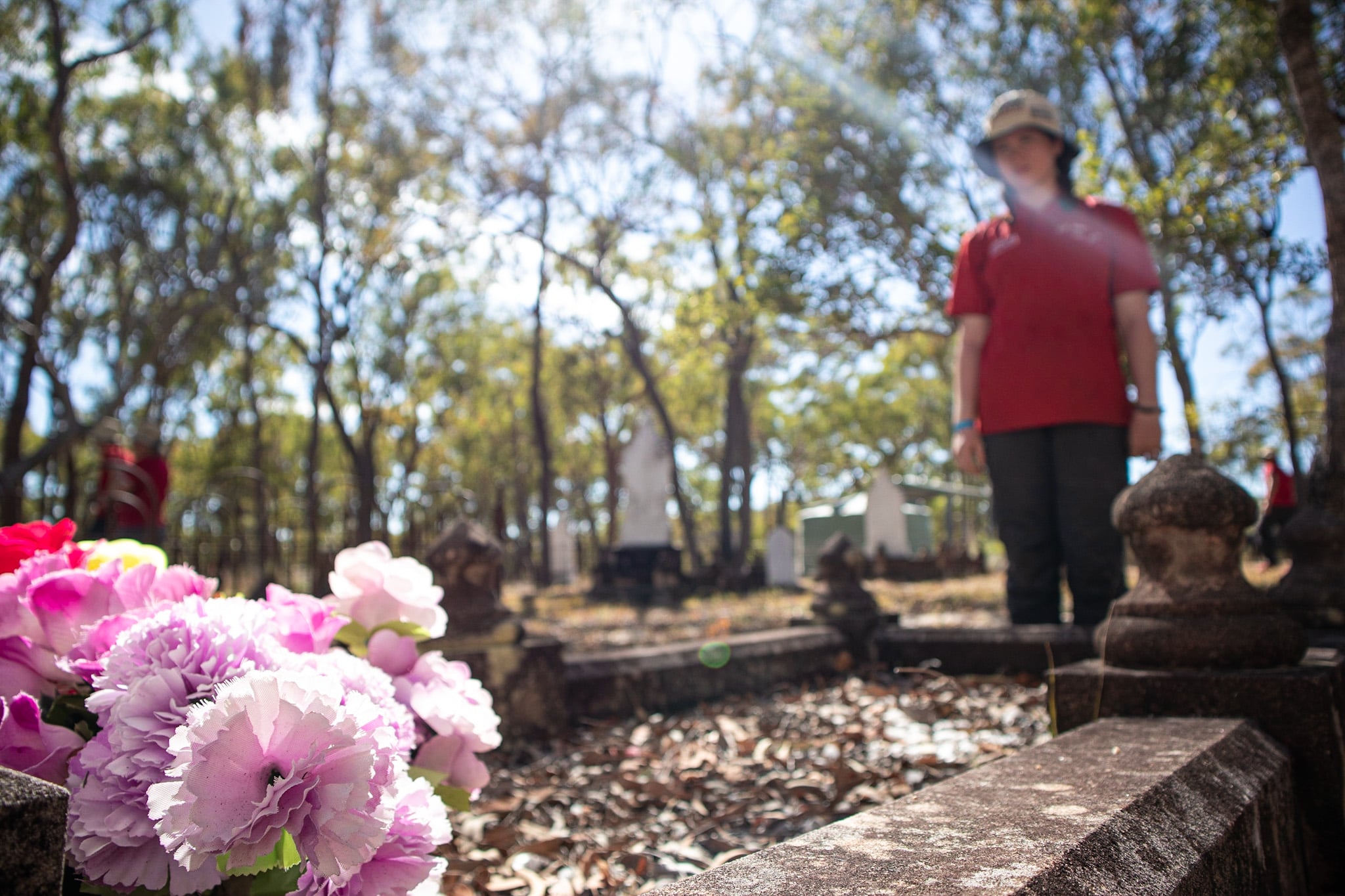 The walking continued until our group reached the most stunning campsite situated by the water. The Natural Bridge derives its name from the magnificent rock formation that allows water to pass underneath enormous boulders forming a natural bridge over the waterway. After a long day of walking in the relentless sun, a swim was most welcome before getting stuck into another night of campfire cooking. 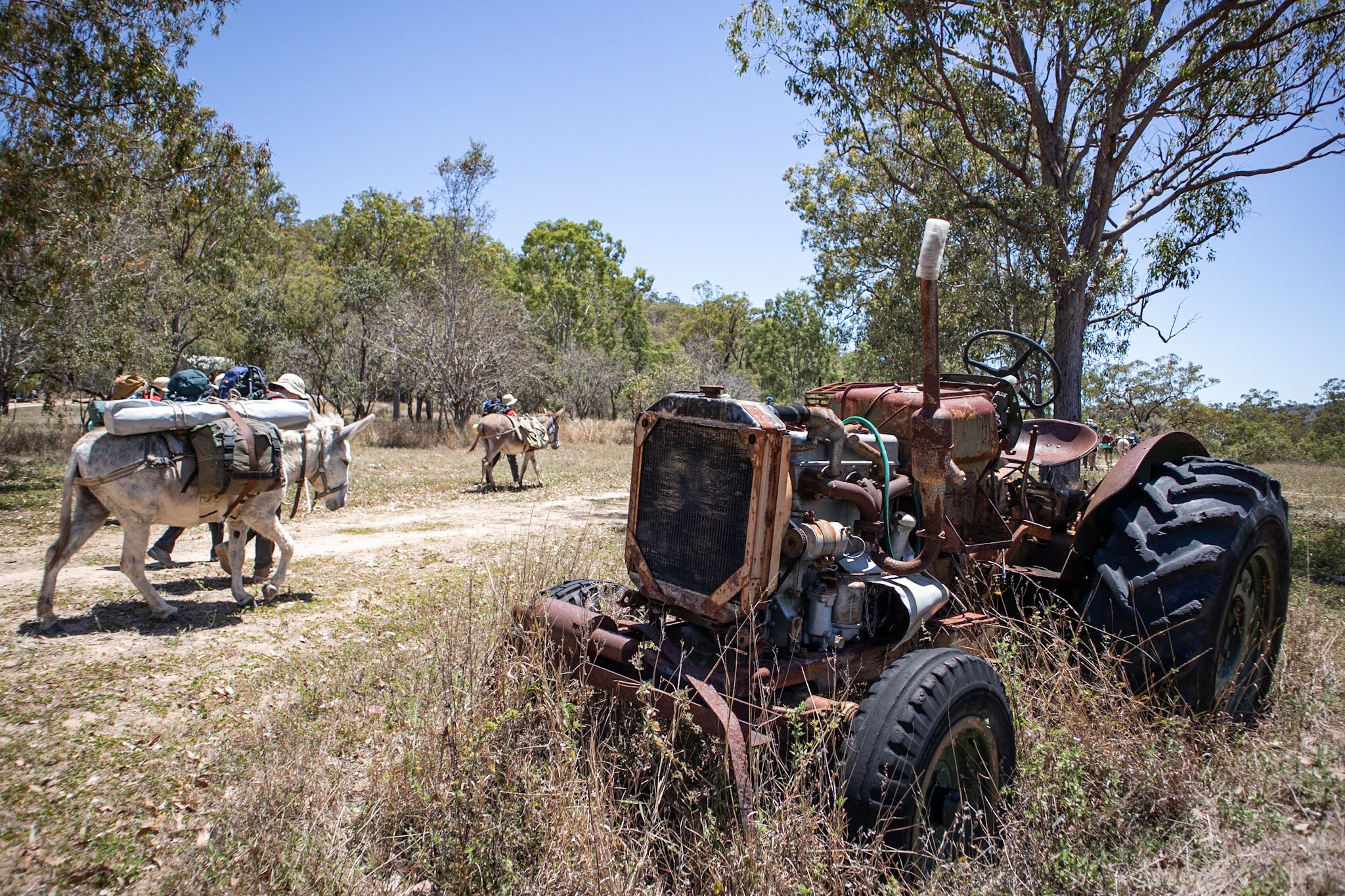 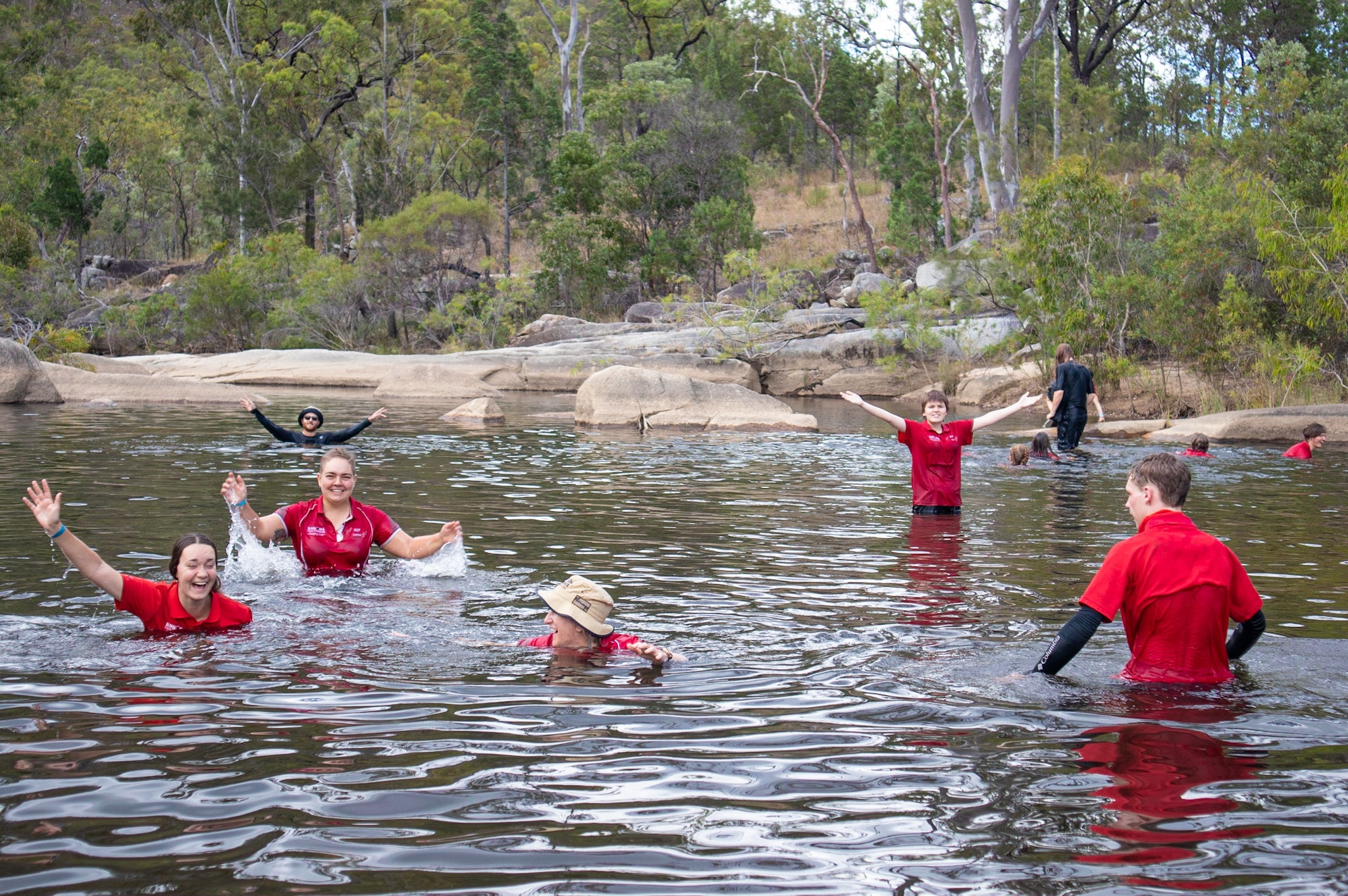 This morning proved to be a challenge for all as the donkeys did not take kindly to being made to cross the water. With some gentle persuasion and promises of treat on the other side, we managed to safely get all donkeys and mules to then begin our hike to Rocky Bluffs. 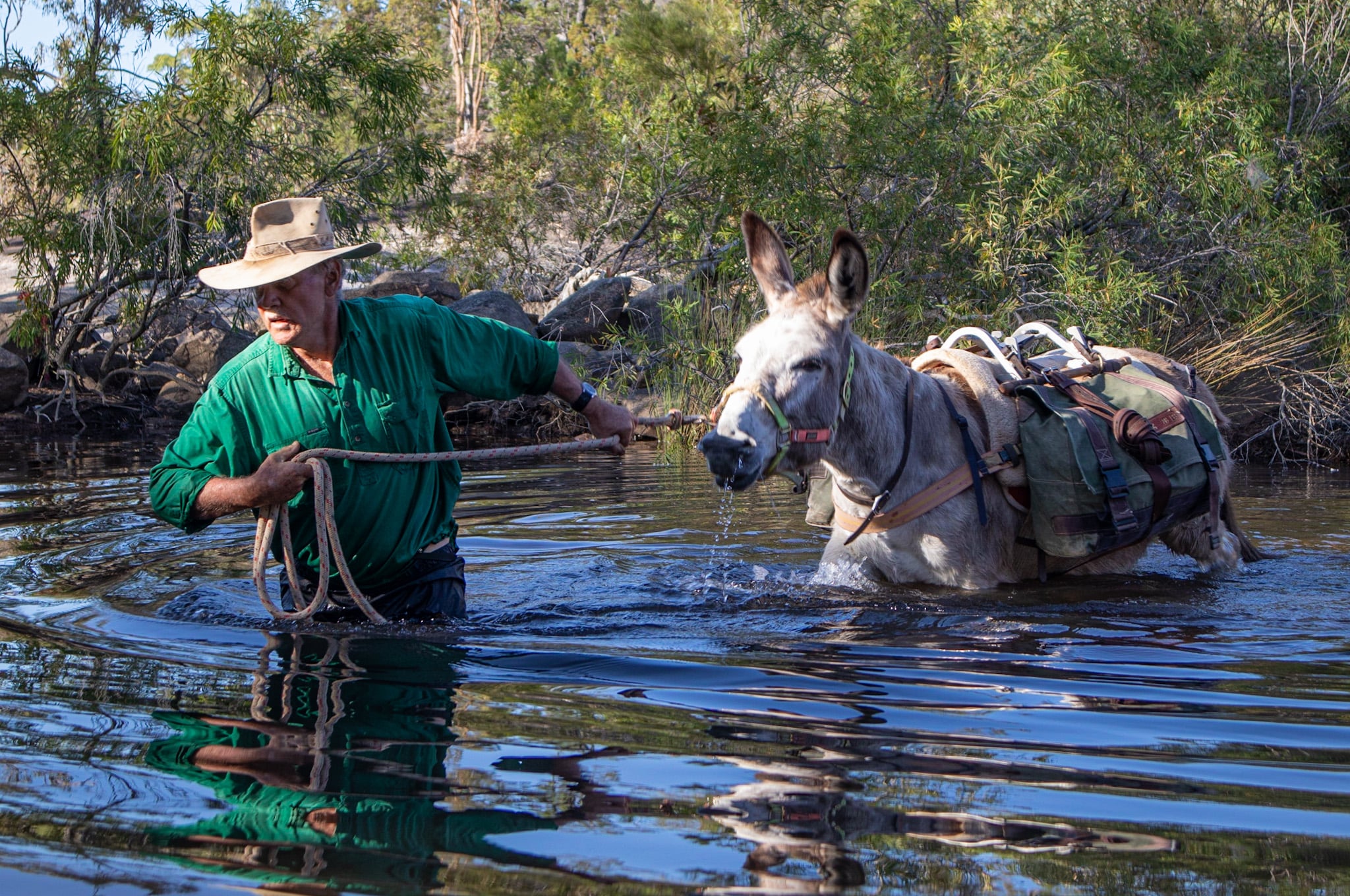 We were delighted to trek into another waterside campsite situated on sandy shores where the Kokoda Kids enjoyed another refreshing dip in the creek. We were given a tour around the nearby smelters where some abandoned buildings, trucks and chimneys remain from the former mining town of Rocky Bluffs. This provided an excellent insight into the life of early settlers during the turn of the century. 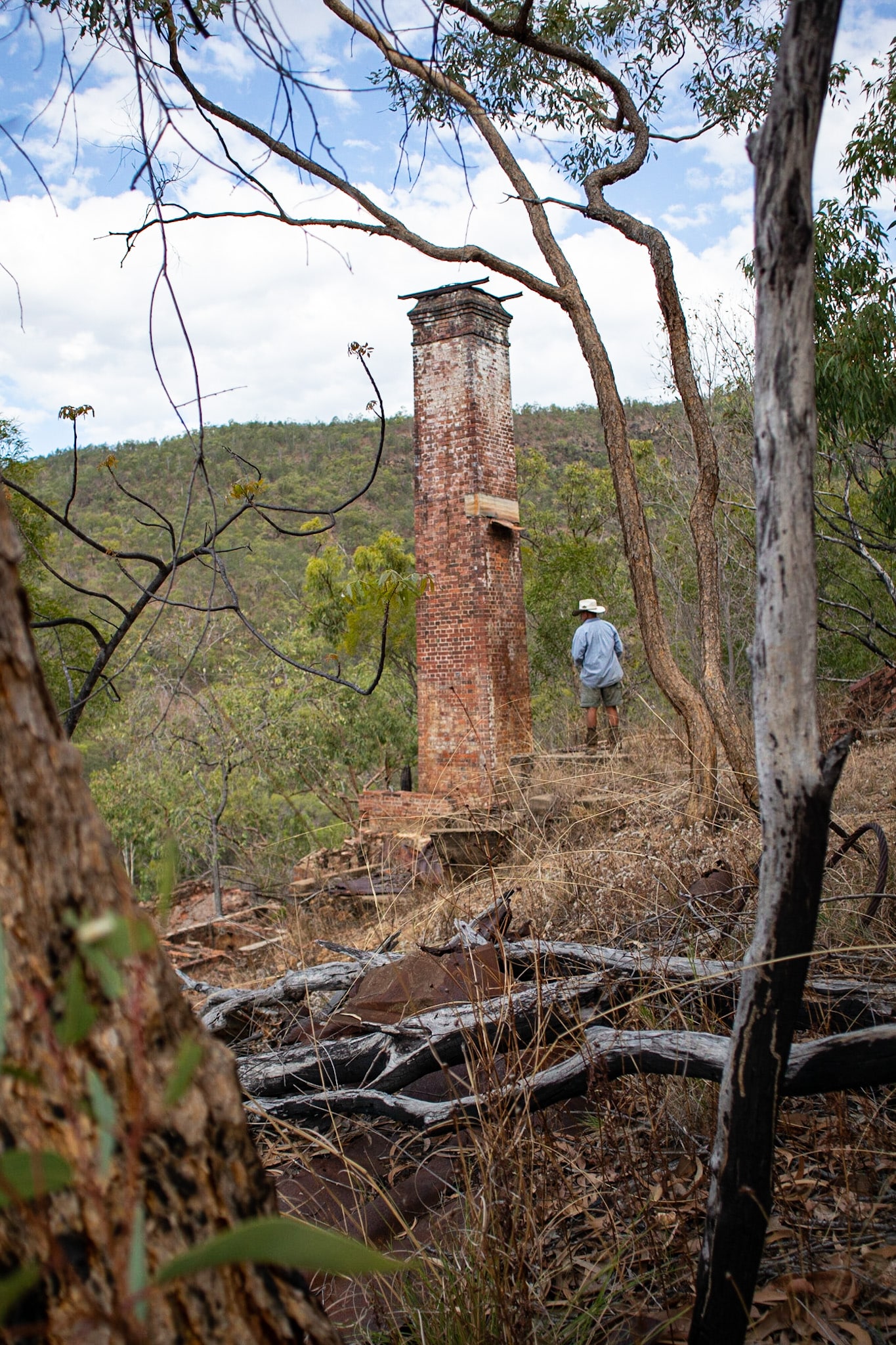 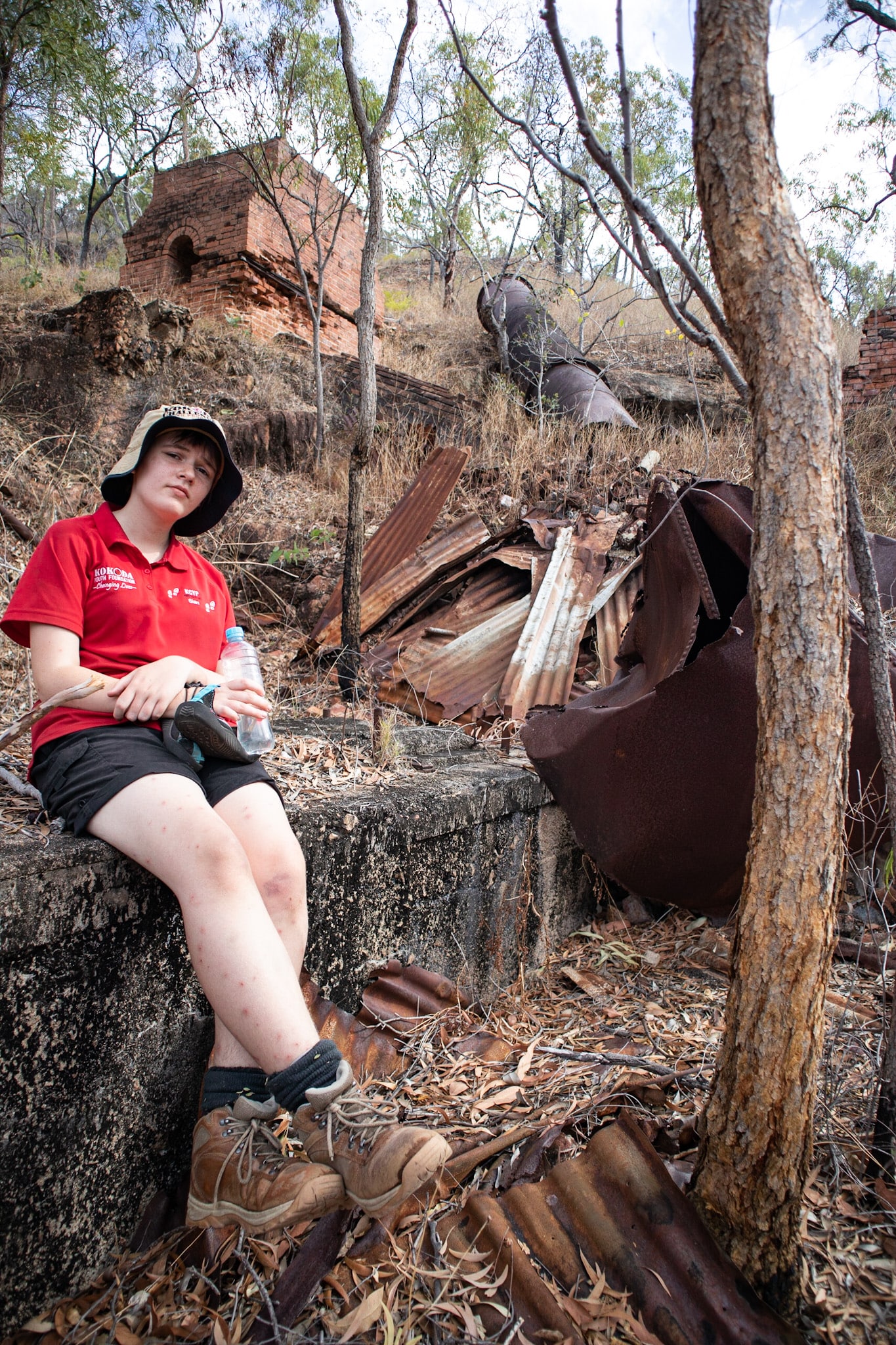 Most of the Kokoda Kids and leaders would agree that this was one of the most challenging days of the walk. There were steep sections that were made even more difficult to navigate whilst also trying to wrangle donkeys! The walk was most definitely worth it though as we enjoyed views of the surrounding Great Diving Range followed by a well-earned break at Gladstone Dam. 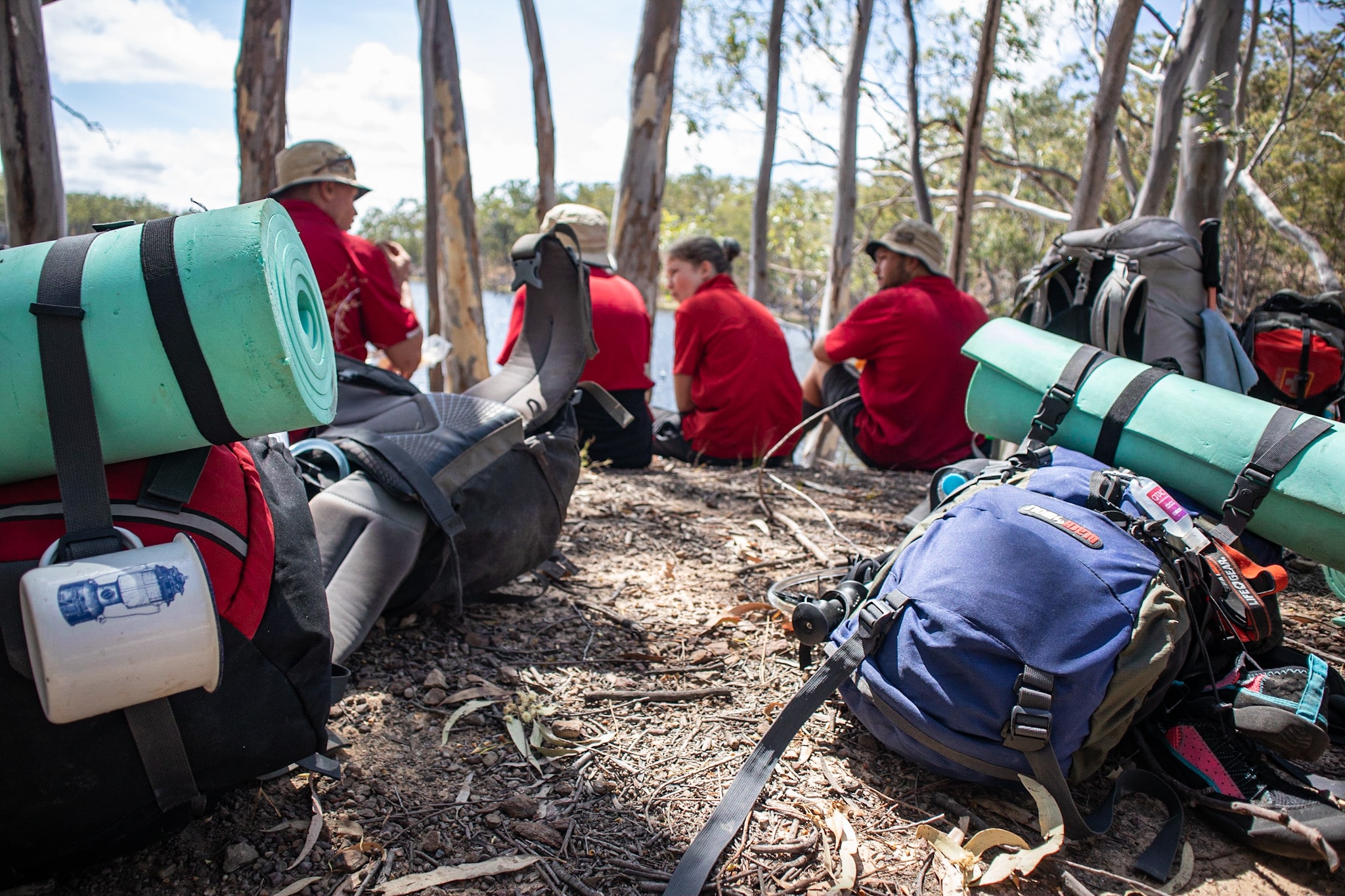 After a long day of walking we eventually reached a monument that marked the centre of the former town known as Stannary Hills, surrounded by old artefacts that travellers had found amidst their adventures. 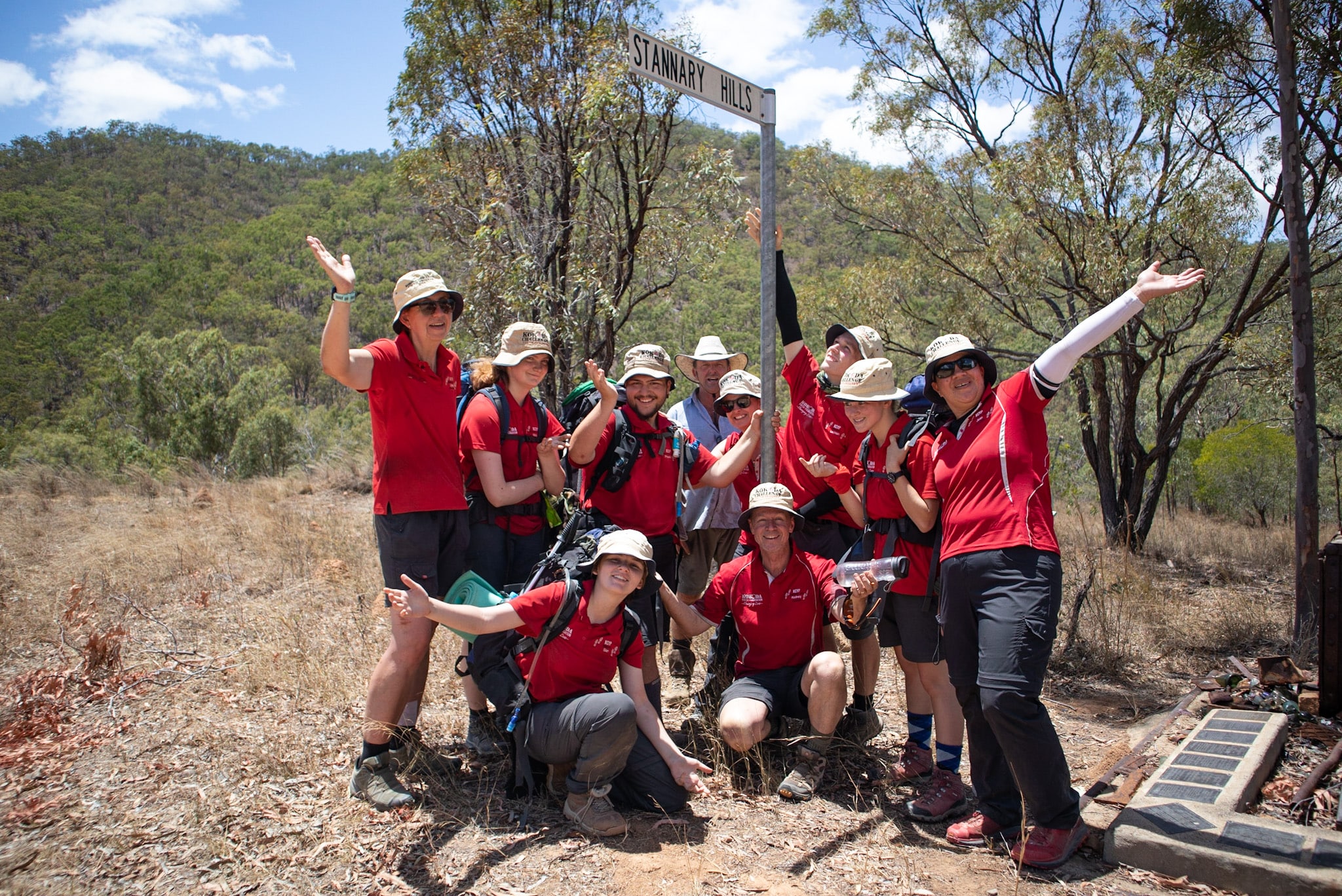 We then meandered down to our campsite in Stannary Hills on Jubilee Creek providing a lovely view to wake up to in the morning. We again set into our nightly routine of caring for the donkeys (and ourselves!) all whilst soaking in the surrounding lily pads on the creek and the sound of running water from the nearby weir. 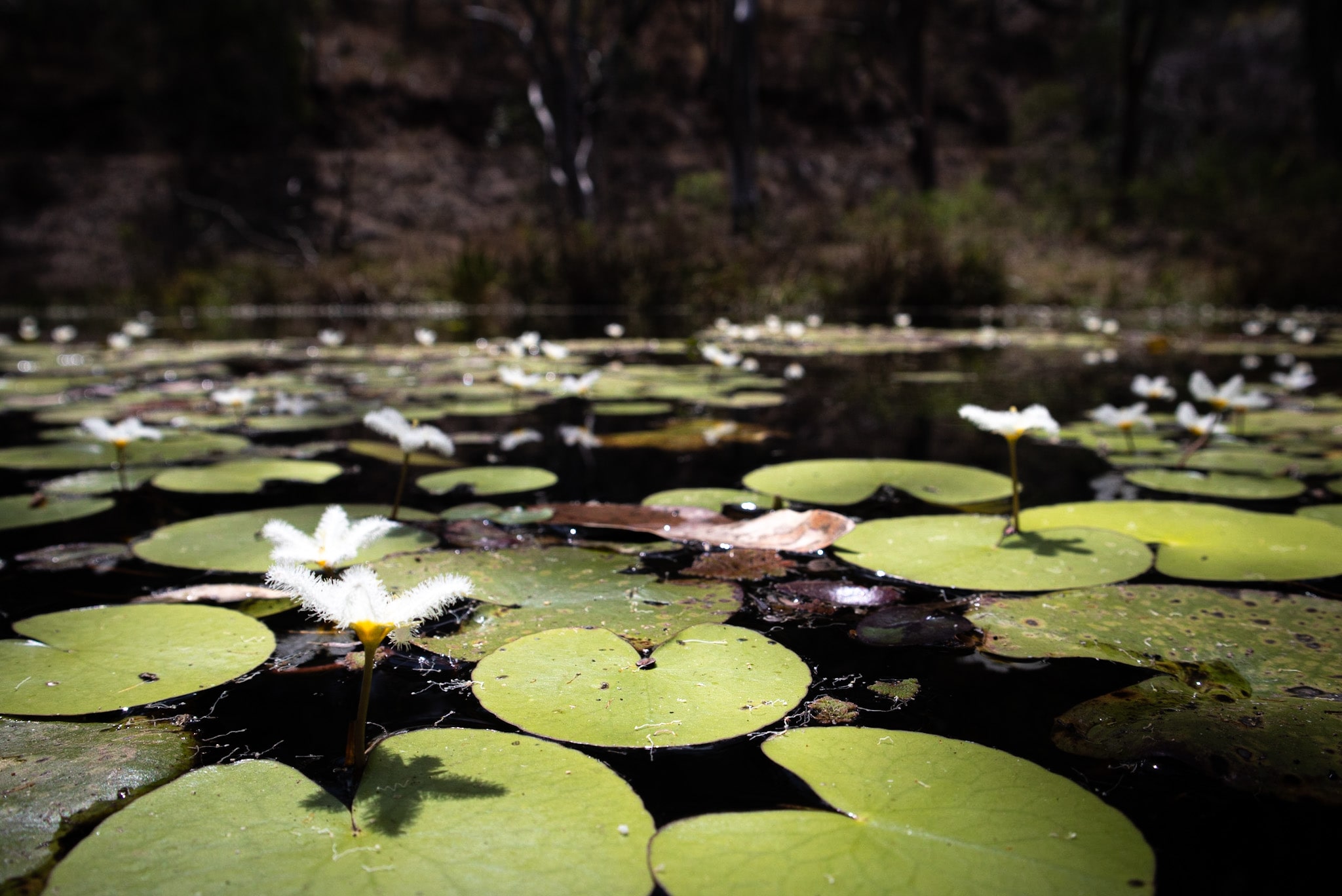 The final day of trekking! There were many weary legs and tired eyes by this point but we continued on following the signs that lead us to Irvinebank. Here we were welcomed by more friendly locals who provided dinner for our entire team next to their community hall and kindly recited ANZAC poetry for us, an incredible experience for the kids.

Our final night in a tent was bitter-sweet, the Kokoda Kids reluctantly said goodbye to their donkeys who had been their hiking comrades over the past week and made their way back to Cairns to begin the adventure home.

All in all, it was an unforgettable experience for all and we can’t wait for the kids in the 2022 Kokoda Challenge Youth Program to undertake the same adventure! 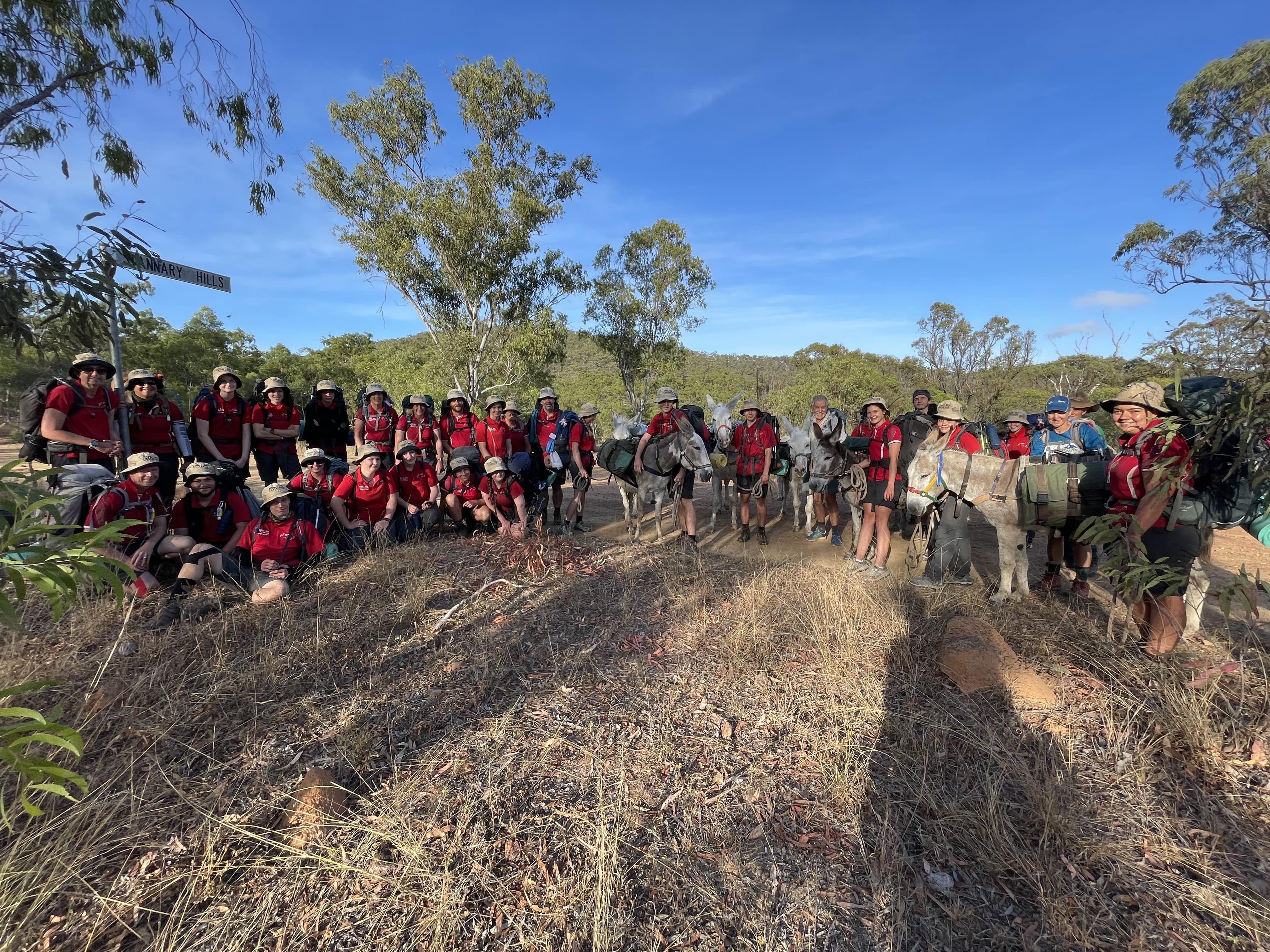 Check out some of our other favourite hikes: 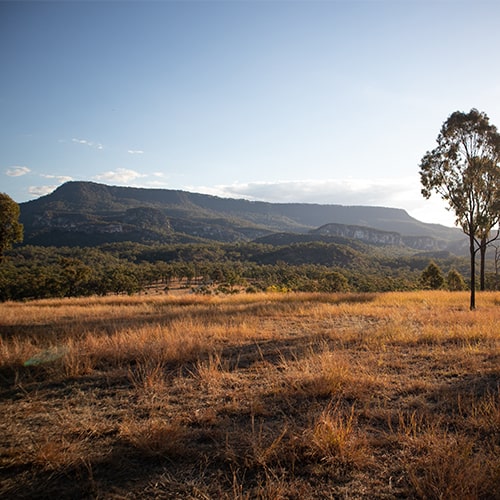 Or to get more hiking destinations like this delivered straight to your inbox, enter your details below!